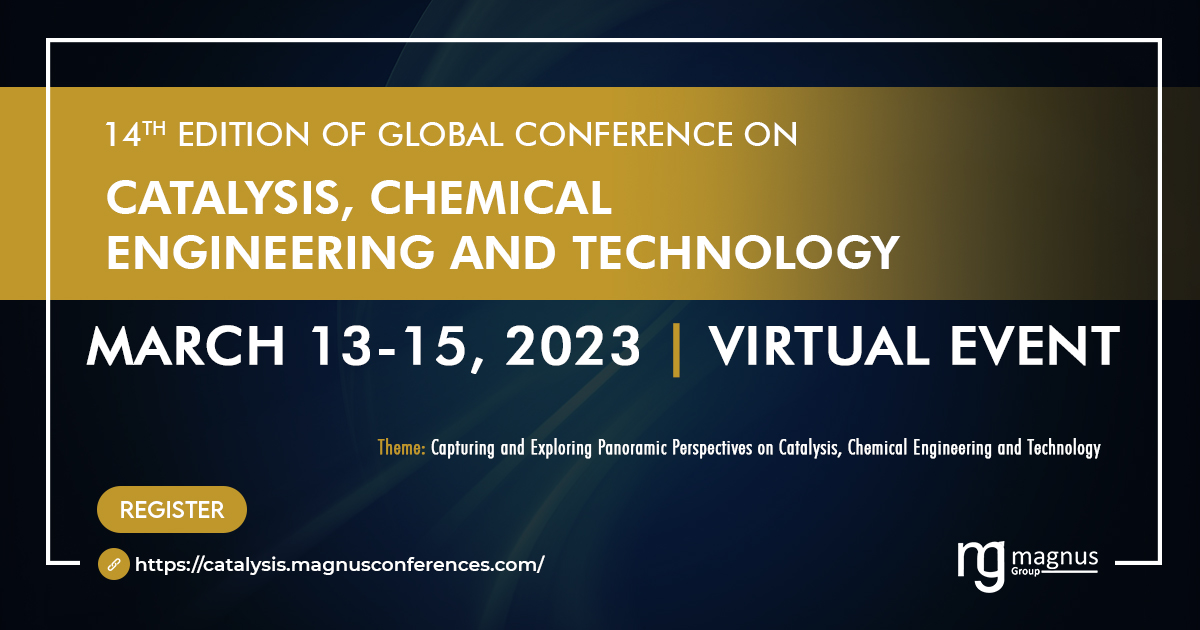 14th Edition of Global Conference on Catalysis, Chemical Engineering and Technology（CCET 2023) will be a global scientific gathering bringing together scientists and clinicians from academia, industry, and government to debate the most recent advancements in the area in an informal hybrid setting. This symposium will provide a stimulating and dynamic environment for scientists at all stages of their careers in this rapidly expanding subject to engage and inspire one another.

The congress is themed at “Capturing and Exploring Panoramic Perspectives on Catalysis, Chemical Engineering and Technology.”

This important colloquium has aimed to gather scientists from all corners of the world to share their interests in catalysis, chemical engineering and chemistry in general since its first edition. The programme of CCET 2023 will be tailored to attract chemists with ample chances for exchange and debate for PhD students, postdocs, and young researchers.

More information you will find at
https://catalysis.magnusconferences.com/